Your relationship with your dog is a bond that must be continually tightened and that you should never neglect. Training and attending to it in the most basic aspects (such as food and walks) is not enough, since your pet requires close contact with you, as well as with your company. A large part of their happiness and behavior depends on it.

However, some pets have communication problems and do not bark like the rest. If you have wondered why doesn’t my dog bark and you want to discover the main causes, keep reading this article.

Why doesn’t my dog bark?

Barking is one of the most recognizable forms through which a canine expresses itself. Despite the fact that, at times, it may be difficult to decipher the message you want to send, as you get closer to it you will know what it wants or what it tries to communicate at specific times.

Have you adopted a new pet, but have never heard it bark? It doesn’t always have to have negative connotations, some breeds are quieter than others, other dogs have a quieter personality. However, other times his silence can reveal medical or psychological problems, so it is important to consider all the reasons why a dog does not bark. These are the main causes:

Even if your dog doesn’t bark, it may make other kinds of sounds to communicate. Below, we explain each of these causes in detail so you can get closer to the answer about why your dog does not bark. 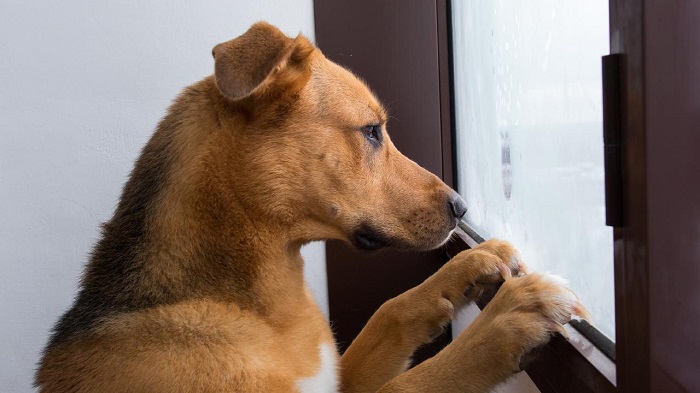 Nature of the breed

The breed of dogs is one of the great factors to consider when trying to understand the ways of communication of our pets. By nature, some have a lower predisposition to bark and a calmer personality. The main breeds that bark little are the following:

The arrival of a pet at home is not always an easy experience for her. If you have adopted her from the street or from a shelter, she will need a period of adaptation to a new and unknown environment. The canines are gaining in confidence and tranquility as the days go by and they relate to their new family. This may cause you to wonder why my dog ​​doesn’t bark and just cry.

This process is called ‘honeymoon’. When they complete that period, they are likely to bark again and show their true personality without anxiety. Keep in mind that if he comes from another home, he may have been abused for barking, so it can be a traumatic experience for him. In these cases, take the opportunity to train him and teach him basic behavior guidelines with love and affection.

If he has adjusted and still regrets more than usual, you are probably still worried and trying to figure out why your dog doesn’t bark and just cry. In this situation, first of all you will have to check if he really does not feel like it or if he tries and cannot bark.

In the second case, you will need to take him to a veterinarian so that a medical specialist can observe him and determine the specific cause. It can be due to several factors:

In the same way that there are people who find it difficult to express themselves verbally or whose communication is scarce by nature, there are also furry little ones who prefer to complain or cry instead of barking to communicate.

To discover why your dog never barks, you need to check all the causes described throughout this article. In this way, you will be able to detect the main reason. Another factor that you should take into account, especially if your pet is very nervous and pulls on the collar with which you walk it, is a possible injury to the vocal cords.

The causes why a dog does not bark can also be found in its past. You do not know the deal he had with his previous legal guardian, so there is the possibility that he has suffered some type of abuse or even underwent an operation in which his vocal cords have been removed.

In cases where the low bark is due to abuse, with patience and some gentle training techniques, your pet will overcome the trauma and gradually recover its voice.