Many times it happens that we are on our way to our destination and we begin to perceive a strong smell of burned oil that on several occasions is accompanied by smoke. This normally happens when there is a leak that goes to the engine and it burns and although it is not important, it is a fault that must be reviewed by a specialist.

Keep in mind that many flaws in the vehicle may be causing this particularity and if you have ever wondered why my car smells like burned oil, we will explain it to you.

Why does my car smell like it’s burning oil?

Before understanding any failure, it is important to know how the oil works in the car and what its route is; knowing this we will be able to detect quickly in case it happens to us unexpectedly.

The oil is deposited in the crankcase, it passes through the oil filter and it is in charge of cleaning it of any impurities it contains. After this it is powered by a pump, making it run through the entire lubrication circuit, here there is a valve that is in charge of regulating the pressure and maintaining it throughout the stroke to control the viscosity of the oil and all its changes. After all this process, the same oil is returned to the crankcase to cool down and soon start the journey again. 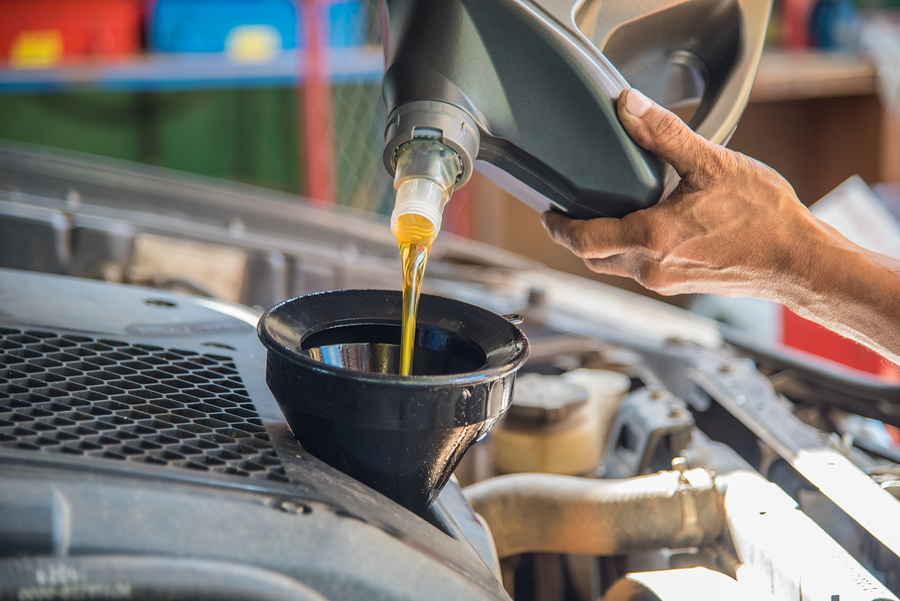 In all these process valves and pistons are involved, which close and rise, this generates a mixture of gasoline with oxygen creating combustion and when this happens, the oil begins to burn or at least the layer that is created; the problem occurs when the oil burning is excessive and begins to create smoke or an unusual odor, from here, we will be in charge of looking for wherein the entire route the fault is located.

Smell of burning oil in the car from a leak

Oil leaks in the car are one of the most common failures and can occur properly in the engine or in the catalyst or the exhaust manifold. This small error may be due to the poor condition or damage to the cover of any of the valves, if it breaks, oil wells are generated, allowing the involuntary leakage of oil towards the collector and, consequently, the oil burns in the car leaving an extremely strong odor.

Malfunctions in the oil filler cap

This is more common in cars whose engine is very old. These can have wear on the piston rings, causing the pistons to absorb much more oil than they should; it burns here and is returned already burned.

Remember that there is a valve that is responsible for crankcase ventilation, the area of ​​the vehicle where the oil is deposited; when the smoke is not sucked in properly for another burn, the oil filler cap is exceeded.

As we mentioned before, it usually happens more commonly in vehicles with many years of age. There are other failures such as clogged or heavily worn PCV valves that generate a row of errors in the crankcase ventilation and the cover itself.

The valves are in charge of propelling the oil all the way from the crankcase until its return when there is a problem or failure in the seals of these, the oil begins to have difficulties moving to the combustion chamber and it is known what is happening because it generates the famous “blue smoke” when starting the car or when it accelerates.

Regarding the odor of oil, it may be due to a leak caused by the same failure of the valve seals; These small drops fall into the engine and as it is hot, it burns to generate an extremely unpleasant odor.

Keep in mind that having the car with low oil levels can cause many failures in the filter, valves and engine if it is not well lubricated.

This is why at the first fault you notice in your car, it is important to take it to a professional mechanic to fix the problem in time and not generate a worse or in the worst case, permanent damage to the part. Equally, it is important to be attentive to when it comes to the revision of each certain mileage and to do its due maintenance to avoid the accumulation of oil, dust or any other damage.