The Bugatti EB 110 of 1991 is probably one of the most forgotten supercars of the 90s. That technological beast equipped a V12 supercharged by four turbos and a carbon fiber chassis, when that technology was almost science fiction.

But soon his legend was eclipsed with the arrival of the McLaren F1 and because the Bugatti by Romano Artioli had to close its doors. Volkswagen, meanwhile, when buying the rights of the brand never wanted to mention – or at least remember – that era of the brand’s history. So far, that time has passed and no one can confuse the Volkswagen Bugatti with that of Romano Artioli. 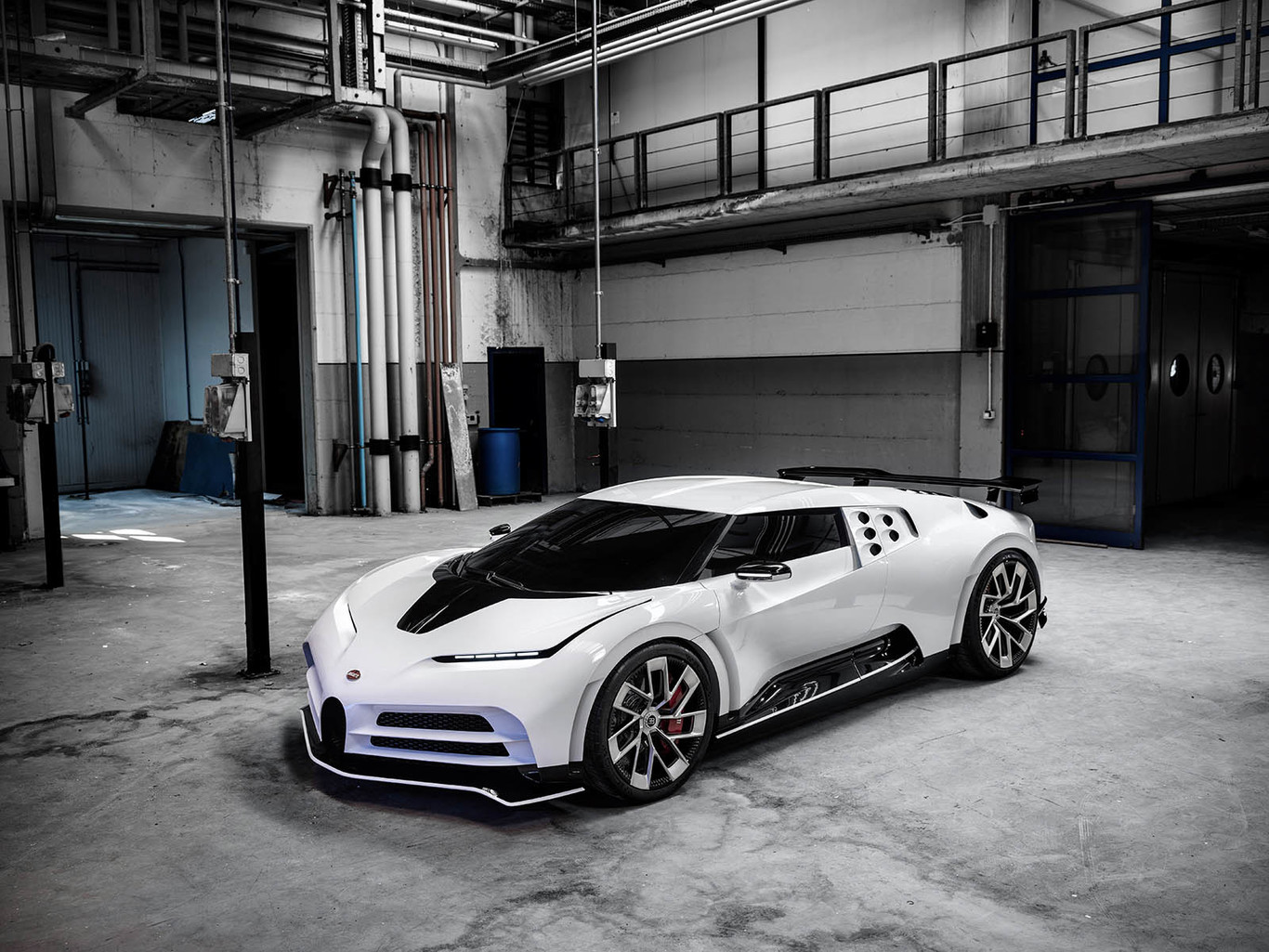 On the occasion of the Pebble Beach elegance contest, in full celebration of the Monterey Car Week, Bugatti has unveiled the Bugatti Centodieci (110, in Italian). In this case, 110 does not refer to the 110 years of the birth of Ettore Bugatti, but to the 110 years of existence of Bugatti as a car manufacturer.

The Bugatti Centodieci is a series limited to 10 units and based on the Bugatti Chiron. It costs each eight million euros (without fees) and, as usual in this type of cars, they would all be sold. It is much more expensive than the “standard” Chiron, but much cheaper than the Bugatti La Voiture Noire, the most expensive new car ever sold that would surpass even the Rolls-Royce Sweptail, valued at 11 million euros.

The Bugatti Centodieci is a nod to the past, not a neoretro model

At the aesthetic level, the features of the Chiron are still perceived, but with a series of winks to the 1991 EB110, such as the five-hole side air intakes or the tiny horseshoe-shaped calender flanked by slats. And that’s it.

The rear has nothing to do with the EB110 and reminds a bit of the Lamborghini Centenario with that huge rear diffuser. In short, it is a model that while paying homage to a model of the past, has its own character.

It is something that was essential for Stefan Winkelmann, the CEO of the brand, to approve the project. Winkelmann is nothing fan of looking at the past. He does not deny a manufacturer’s past; he simply does not believe that it is necessary to rejoice in history to sell cars.

An example is his refusal, when he was CEO of Lamborghini, which the 2006 Lamborghini Miura Concept went into production, knowing that it would have sold very well.

At the moment, there are no images of the interior, since at this point it is still a model. And is that customers who have reserved or purchased a Centodieci will not take possession of their new toy for another two years.

Meanwhile, far from looking at the past, Bugatti will be looking forward to the future with, for example, a possible SUV with some form of electrification, a task for which it is rumored that Bugatti could count on the help of Rimac.