Could the UK’s car buying public finally be coming to terms with the benefits of ultra low emission vehicle ownership? Judging by new car registration statistics, it looks very likely. While new car sales continue to rise steadily in the UK, with May marking 39 consecutive months of growth in the sector, the ultra low emission category is undergoing a substantial spurt. 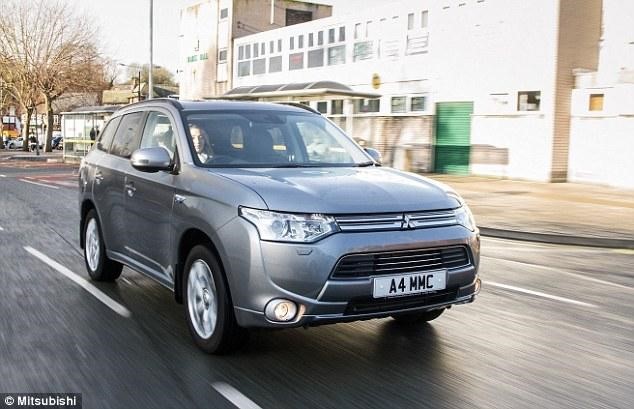 In the first five months of 2015, nearly 12,000 new ultra low emission cars were registered compared to 2,838 in the same period last year, demonstrating growth of about 400%. Plug in hybrids make up the bulk of sales, using the convenience of a petrol engine to make up for the range limitations of electric power.

The Society of Motor Manufacturers and Traders (SMMT) attributes the sector’s new found popularity to motorists’ desire to reduce the costs of car ownership as much as to be environmentally friendly. Car buyers are also responding to the wider variety of choice available in the sector, with 20 ULEV models on the market now, whereas four years ago there were only six to choose from.  Consumers are also seeing more technology being installed in to cars when purchased and more options to have as extras like Vehicle Tracking  on cars or vans which is available from links including www.vehicle-accessories.net/vehicle-tracking/

The best selling ULEV in the UK is the Mitsubishi Outlander PHEV, a plug in hybrid SUV which is capable of travelling 32 miles on electric power alone, after which drivers can recharge the battery by switching to petrol engine power via a button on the dashboard. The Outlander PHEV is the best selling plug in hybrid in the world and more than 10,000 of them have been sold in the UK alone since its launch in May last year. Prices for the Mitsubishi Outlander PHEV start at £33,304.00.

The second best selling ULEV in the UK is the Nissan Leaf, an all electric supermini producing zero emissions. The Leaf has won a slew of awards since its release in 2011 and boasts a range of 120 miles on a single charge. Prices start at £21,490.00.

The BMW i3 is the third best selling ULEV, bringing all electric power to the premium sector. It is the first zero emissions car from the German firm and matches the Leaf’s 120 mile maximum range, while BMW is also now offering a range extender version with a small petrol engine. Prices start at £30,980.00.

BMW’s second entry into its ‘i’ range and the UK’s fourth best selling ULEV is the i8 plug in hybrid sports car, a sleek looking two door coupe capable of reaching 60mph in 4.4 seconds. The i8’s impressive driving dynamics have seen it reported as a game changer in the ULEV market, often criticised for uninspiring design and performance. It costs £99,845.00.

Coming in fifth place is the neat looking Renault Zoe, an all electric supermini boasting a 130 mile range. Prices for the Zoe start at £18,443.34.